3 lessons from a cheeky email – here's the initial bumpf 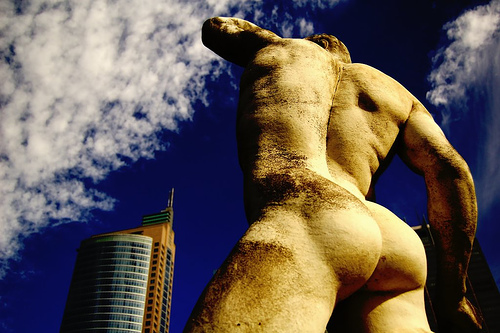 When I asked about information on the urban resilience index, I got this back from a UN colleague: ‘Here’s the initial bumpf.’

Here’s what he said when I asked…

Bumpf (bumf, or bumph): It’s an expressive and pithy word for all the dross that comes in the mail. It’s even more appropriate when you know where it comes from.

It was originally British English, possibly public school slang, at least according to Barrère and Leland’s Dictionary of Slang of 1889. From there it dispersed to other parts of the former British Empire, but it is less well known in the US, I believe.

Its source is usually taken to be the much older bum-fodder. The sense was the one that you give, of useless or tedious printed information or documents — material whose only conceivable use was to be torn up, hung up on a nail in the privy and used as toilet paper.

The full term was first recorded in the period of the Commonwealth in Britain, about 1650 — I remember seeing a political pamphlet of about that date which uses the word in its title. Its first recorded appearance is in 1651, in the first volume of Sir Thomas Urquhart’s translation of the works of Rabelais.

According to the Oxford English Dictionary, it was probably derived from the classical Latin anitergium, arse-wiper.

The slang abbreviation bumf originally had a literal sense of toilet paper, but quickly shifted its meaning back to the original. The usual spelling is bumf but bumph is not unknown.

From a training & development perspective, here’s what I took away:

1. too much paper gets the bum’s rush & ends up getting used in ways one didn’t intend

2. bumming around, humour’s a good thing