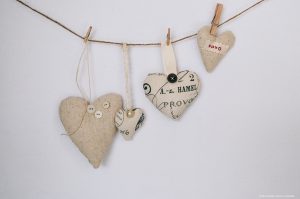 In Europe keys are given on Saint Valentine’s Day to unlock hearts. On this day, a day of love & of celebrating affection & tenderness I’m giving you a key. A particular type of key.

A key that’s meant to unlock difficult situations, particularly those where love, affection & tenderness are not central.

A key to finding self-respect while you’re trying to effect some social change at the same time.

A key to what to do when you witness a sexist event (please note the accompanying trigger warning).

I was recently at a public, social event. I was out with a group of international friends, with wine, whisky & song flowing. Music was playing & a feast was before us.

Then some older men got up to give the requisite speeches. I said to my friend, having been to this event before, ‘I wonder how long it’ll be until the first sexist comment.’

Unfortunately it was awful.

This old guy at the event makes a ‘joke’ about a doctor feeling up a grandmother during his treatment of her.

In the days of #metoo & Nassar, the ‘doctor’ who ‘treated’ female athletes & was recently sentenced to 40-175 years in prison after more than 150 girls & women said he sexually abused them, I could not believe my ears.

This was only 1 of many highly inappropriate, tasteless, sexist ‘jokes.’

A man, who I didn’t know, who was sitting across from me & who was old enough to have salt & pepper hair, laughed along. I asked him in surprise why he was laughing & he quickly replied, with a big grin, ‘because it’s funny.’

It went downhill from there.

I’ve been there, seen that & I don’t want to see or hear no more. I’m sure you have too.

But what to do?

And so I began.

There were lots of people laughing at the beginning of said dude’s speech, but this dwindled to hesitant laughs which tapered off until at the end, only the far corner was laughing, a table of old men.

I listened after the speeches finished & I heard people talking & complaining.

I saw comments posted about it the next day on social media.

I received an email about it.

Ever since I heard about the awful case of Kitty Genovese (the woman who was murdered while 38 people who saw it took place did nothing, which created the term bystander effect which is where people don’t do anything because they think someone else will) I have been determined to DO SOMETHING.

This has gotten me into some weird places & spaces (helping someone who’d just been stabbed, following drunk drivers to report them etc.).

With my stomach in knots & my brows furrowed in concentration I sat on this for a few days trying to figure out what to DO.

I realized I was worried about what people might think if I complained. Would my reputation be affected? Would I be seen as a humorless, brittle woman who couldn’t take a joke? Would I not be taken seriously? Would I be mocked?

AND that’s part of the problem I realized as a light bulb went off the size of a hot air balloon. I shouldn’t have to worry about how my legitimate complaint would be received nor what people would think of me.

So I decided to lodge a complaint with the organizing committee …. complaining about the food.

Then I would say that none of that was true but I hoped the committee would read part two with same sense of gravitas as if food actually was bad.

I’ve shared my idea with others & am waiting to hear back if they’ll add their name to my email. I’m hoping to get some men as well.

(All the while acknowledging my frustration that such a strategy is needed – that I’d need to worry about what people would think, that I’d need to find others to strength my case, to be taken seriously & that having men included would be strategic.) 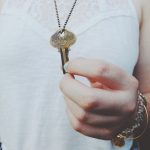 In the meantime feel free to borrow my key on this day of love. Turn things around to unlock stuck minds. Grease the wheels for social change. Share the love, share the keys.

And remember the wise words of Tarana Burke, a survivor & the founder of #metoo. 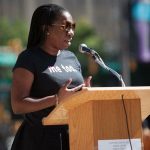