And the answer is …… Do First Nations people look you in the eye? More cultural lessons for training & development 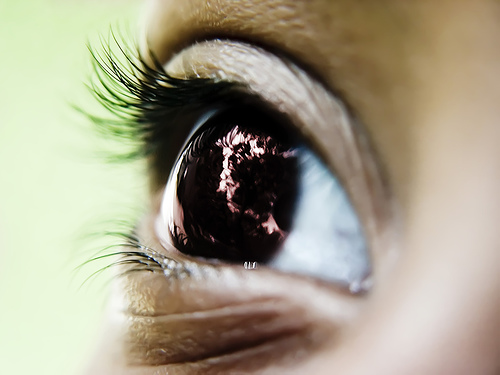 Two weeks ago I launched a contest based on a comment I hear fairly frequently when I’m doing cultural intelligence, diversity and/or access and inclusion training.  And that comment is ‘First Nations people don’t look you in the eye.’

Besides being a generalization, it’s way more complicated.

I learned another way of saying ‘yes’ and ‘no’ years ago when I was working way up North.  500 miles North of the Arctic Circle in fact, in a tiny community called Pelly Bay.  What a place to learn about intercultural issues – it was magical – even on our coldest, -72 degrees Celsius day!  The Northern Lights danced and my learning took off.

Here are the original photos.  See if you can tell how you say ‘yes’ and how you say ‘no’ in the Inuit community I was in.

By far most folks said photo A was ‘yes:’:

Only 4 folks thought photo A meant no and photo B meant yes:

Fascinating stuff.  The question is easy – yes or no?  The answers are not.

Some people focused on their gut to answer, some were more analytical/logical.   Some made comparisons (to other cultures, to relatives). Some were certain, some guessed.

Many people focused on something that had nothing to do with the answer.  And that’s the hard part of intercultural communications – what do you pay attention to and what do you let slide?  What’s critical and what’s not?

That’s what keeps the conversation going and the learning happening.

Ready for the answer?

Photo A is yes and photo B is no but perhaps not for the reason that you think.

Photo A is yes because my eyebrows are up.  That’s how you say yes in the community I was in.

Now imagine, it’s a bitterly cold Arctic day.  I have 20 teenagers traveling with me from Vancouver who want to fit in with the Inuit youth.  One of them asks me if they can go outside (keep in mind – Arctic winter).  I’m concentrating and don’t realize that I’ve just raised my eyebrows.

The Inuit youth, naturally, take this as a yes and rush outside.  The youth from Vancouver follow, all the while I’m holding down my eyebrows yelling ‘hang on, let’s talk about this!’

As promised, I did a random draw from all those who entered, and I’m a happy to say that Donna McGrath won the complimentary Life Lenses® assessment – an assessment designed to illuminate your perspective or how you view the world.  I’ll be in touch Donna with how to claim your prize.

In the meantime, watch those eyebrows!