How your tribal dynamics affects your decision making 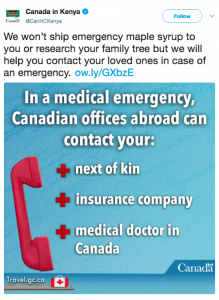 Fiona Jarvis, from the Canadian High Commission, is this month’s Learning & Development roundtable speaker (the group I founded & facilitate for people interested in learning, training &/or teaching).   On Friday, May 18th she’ll guide us through an interactive workshop on Making Decisions in High Stake Situations (feel free to join us in person at the UN in Nairobi OR online).

With Fiona’s session in mind I was curious when I came across Alex Cequea’s video – Why Facts Don’t Convince People (and what you can do about it). Alex is the founder/CEO of Social Good Now & he makes some interesting points. So interesting in fact, that I had the video transcribed.

Highlights: Why Facts Don’t Convince People (and what you can do about it)

Most of all learn what you can do about it

If you’ve spent any time on Earth, you might have noticed that humans are not the most rational of creatures.

We make decisions based mostly on emotion instead of facts and a lot of times we’re guided by tribal instinct.

Part of the problem is that the human brain evolved to help us survive, and not necessarily to help us be factually accurate. So we often respond better to social and tribal dynamics than to intellectual analysis.

For example, if someone’s tribe believes that Obama is a secret Muslim born in Kenya, that person probably thinks the hard proof of his US birth certificate is fake. That conclusion is neither rational nor accurate. But from tribal perspective, it makes sense.

It’s safer to agree with your tribe and stay united ideologically, even if you are wrong about the facts, than to disagree and isolate yourself.

Another part of the problem is that our brain is constantly protecting our worldview and sense of identity.

So when our worldview is challenged, that same part of the brain that processes physical danger gets activated. This is why people sometimes react so aggressively to information that proves them wrong. And this is why it’s often so hard to have an intelligent political debate.

Several studies have also shown that there is a “backfire effect” that happens when people encounter facts that contradict their current beliefs. They actually become MORE convinced of their original ideas.

So fighting ignorance with facts is like fighting a grease fire with water. It seems like it should work, but it actually just makes the whole thing worse.

Lastly there’s the problem of lack of empathy. Several studies have found that when humans are divided into groups of any kind, we instinctively become less empathetic to members of “others” group.

That means that for survival’s sake, we might instinctively empathize less with other races, other nationalities and even other sports teams. This instinctive dehumanization of other groups is what makes things like slavery and genocide possible in our society.

So what can you do?

If you want someone to consider factual information that clashes with their beliefs, first you have to prevent their brain from seeing you as a personal threat.

So look for ways to identify the person as part of your tribe and you as part of theirs.

Anything that communicates that you’re part of the same tribe. That’s the first step. Second consider the possibility that you may be wrong. Maybe the facts are not on your side. In which case, admitting it will help you model to the other person that it’s ok to be wrong.

I understand that none of this is easy or smooth. But we want to continue to function as a stable society, we have to learn to get past our own natural biases. Only when that happens will we be able to move forward towards a better future. Peace.

So there you have decision making in a nutshell.

Next time you find yourself having to make an important decision try sorting out the tribal aspects & look for & enhance similarities rather than differences. Plus consider that you might actually be wrong.

I know. It’s a tough pill to swallow but your ultimate decision may thank you for it.