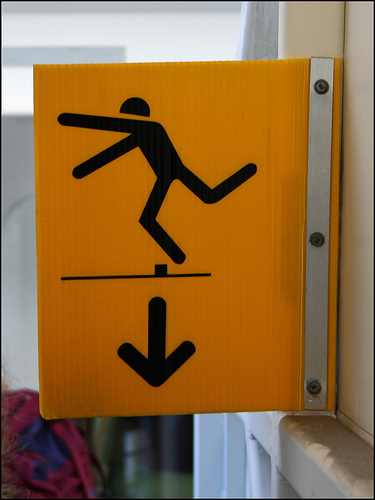 Do you have something that you want to delegate but are holding back because it’s going to be tough?  Need to hire but putting it off because orientation will take too long?

I recently hired a VA (Virtual Assistant).  I’d been wanting to do this for a long time but had held back because I knew the learning curve was going to be steep and bumpy.

Til one day I said to myself, the learning curve is going to be steep and bumpy AND imagine the road on the other side.

So I anticipated bumps.  I expected bruises.  I did not initially expect a smooth ride.

This helped. A lot.

Because I was expecting things to be a little rough it wasn’t surprising when it happened.

The first company I hired was awful with a capital A.  They didn’t do things that they advertised on their website.  Their customer service was lousy.  They promised something in an hour and hours later it still wasn’t done.

So I changed paths, quickly.

I hired Get Friday.  The sign up was smooth, the VA they assigned me has worked hard to get oriented and complete assigned tasks well and on time.  He’s even sent me a mother’s day card and information about things going on in my community.  I am besotted.  He brings ease to my work life and by taking care of details, he makes space for me to do work that only I can do.  The non-delegatable, strategic stuff.

Expecting to flounder made it less painful when it happened and got me to a smoother ride faster.

If you’re holding back on delegating something or hire someone plan to fall, fail and flounder.  You won’t be caught unprepared when it happens.  When it does simply get back up and get on with creating more ease in your life.