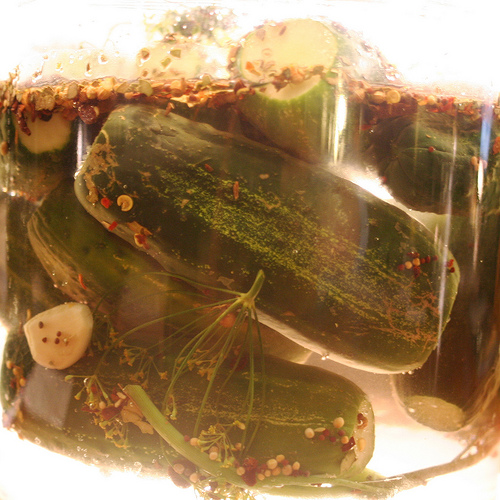 Chances are you have a jar of pickles buried at the back of your fridge.  Did you know pickles were once at the heart of immigrant identities and cultural tension?  If we can be so far off the mark with pickles, imagine how else our perspectives might be narrow and constricting.

A century ago in New York City, Jane Ziegelman writes in the New York Times, “politicians, public health experts and social reformers were alarmed by what they saw as immigrants’ penchant for highly seasoned cooking.”   Consuming these foods led to “nervous, unstable people.”

“No immigrant food was more reviled than the garlicky, vinegary pickle.  Pungent beyond all civilized standards, toxic to both the stomach and the psyche, the pickle was seen as morally suspect.”

Charity workers, nurses and well-intentioned New Yorkers were appalled by what mostly Jewish and Eastern European immigrants were eating.

Pickles were even viewed as a stimulant and as “a compulsion for those too young to drink alcohol.”

As Jane concludes, “Our powers of assimilation are greater than we know.  We can speak Spanish [or French], eat sushi and still be American [or Canadian].  The proof is in the pickle.”

What’s your perspective, pickled or otherwise?