Thanks for the gifts: grace under grit and reducing baggage 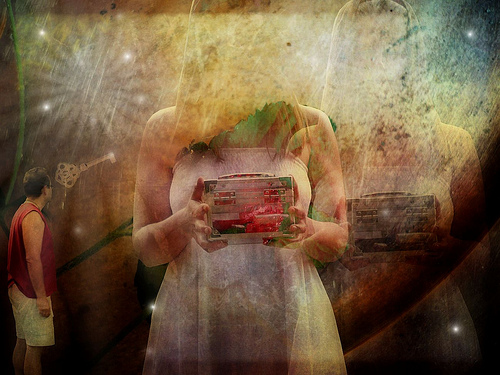 ‘Tis the season to sweat about gifts.  What to buy for who.  Bumping elbows in sardine packed malls is the norm.

For many, later today recycling bins will be overflowing with torn gift wrap.   Piles of gifts will have been opened.  Stuffed stomachs will vie for space on couches equally stuffed with visiting family members.

As I take a break now, from last minute preparations, I’m thinking about gifts of another kind. Gifts you won’t find wrapped under the tree or elsewhere.   Rather they’re the gifts that people in my life have given me, simply by being able to watch how they deal with life, in all its roller coaster ups and downs.

They are intangible gifts, given by the actions of others.  These gifts nest in my brain and have merged with how I think and act.  These gifts have influenced my actions and quality of life.

Dolly Hopkins, one of my closest friends and colleagues is a treasure.  She sparkles with creativity and vibrates with energy.  When she arrived on this earth you just know the angels had something special planned for her.

To you, dear one, I say thank you for the gift of grace under grit.  I’ve watched you face some mighty big challenges this year, including caring for a dying friend and helping your 91 year old mother recover from surgery.  You’ve faced all of these difficult experiences with a calming, quietness has been something to behold.  If we all had such equanimity under pressure this world would hold a lot less conflict.

Thank you for the gift of stillness and silence, especially while everything else is madly swirling about, like some crazy Rorschach painting.

To Doug Ragan, my partner in life, thank you for lessons in reducing baggage.  While we all carry it, some baggage is heavier than others and some, while not actually heavy, can still feel monumental.

Recently when you were headed for yet another international flight, this time to Marrakesh, and you realized you weren’t going to make your flight if it meant having to check your luggage, you simply took out the bare minimum and sent the luggage home.  What freedom, to head to the other side of the world with a light, manageable load.

In the words of the infamous Dr. Seuss, from ‘Oh the Places You’ll Go’: “You have brains in your head. You have feet in your shoes. You can steer yourself any direction you choose.”

Sometimes all the best laid contingency plans and planning for what could go wrong simply results in a lot of excessive baggage.  Heavy baggage.  Baggage that takes up a lot of room and displaces other things.

So thanks for the gift of realizing what’s important and leaving behind the rest.  To lightened loads.  To smart and strategic choices about what’s essential and leaving the rest.

Thanks Dolly and Doug for the gifts, of grace under grit and reducing baggage.  Merry Christmas.