The results are in (again): the collated creativity E.S.C.A.P.E. assessment (where do you measure up?) 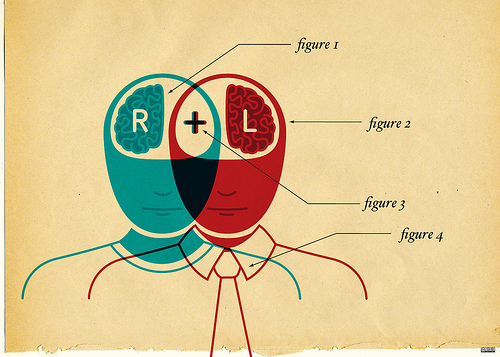 How creative are you?  I wrote a blog post back in July explaining the E.S.C.A.P.E. method for increasing your creativity because any and all humans can afford to be more creative (that includes us trainers).  Creativity is the numero uno ingredient for success.  Doing the same ol’ same ol’ doesn’t work anymore (not sure it worked ever).

The post included a short assessment for examining where your creative strengths lie and where you may be falling short. Folks continue to fill in the survey (120 in fact) so I thought you might like to see the updated results.

The good news?  Creativity can be taught, so whether you need to dig deep into your DNA to find it or whether it’s riding in your veins skin deep take a look at the collated results of the 6 question assessment.  (And if you haven’t yet taken the assessment simply click the link above and you’ll be taken there).

Each question on the assessment relates to an element of the E.S.C.A.P.E. model, I co-developed with the great Dolly Hopkins.

Here are the updated results in order. 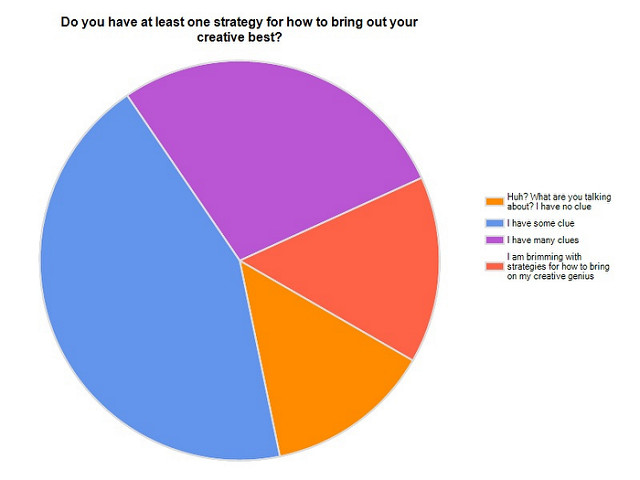 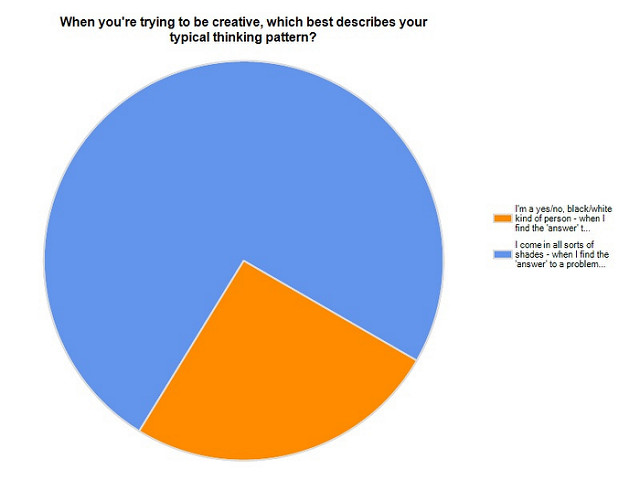 Shades of Gray or being able to look at things other than in a yes/no, black/white, either/or kind of way is a key component to ramping up creativity.  Not being able to look at things in shades of gray is the biggest killer of idea generation, as in: that’ll never work, we’ve tried that before, that’s too expensive. If you need to work on finding your shades of gray then shoo the critic who’s whispering in your ear from your shoulder and let anything go for now, knowing that you’ll be back later to weigh the pros and cons. 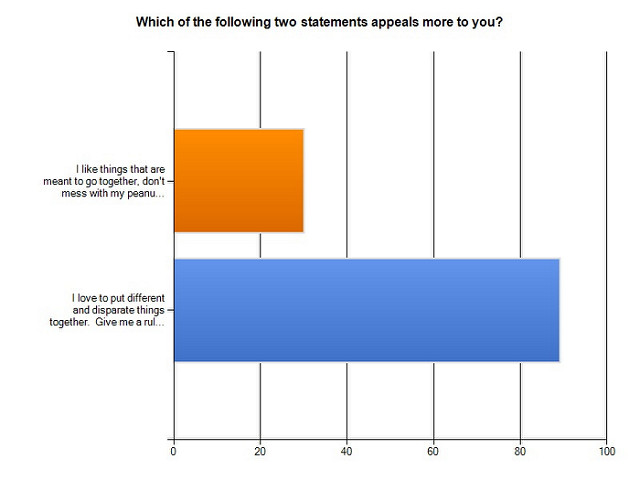 Cobbling, or be able to put disparate things together to come up with something new, is another key element of creativity.  An example is using the idea of a ball point pen to invent roll on deodorant.  Who needs to invent the wheel – put things that have already been created together in a new way.  If you need to work on your cobbling skills practice picking random words and creating a story for how they’re related e.g. what does a dessert hare have to do with a tape measure? 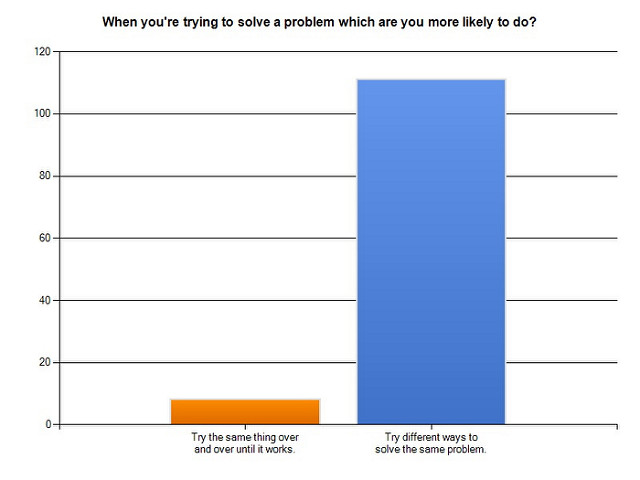 Respondents go against research findings which say that when something’s not working, we tend to simply repeat whatever we’ve been doing the same way, over and over (knocking our head against the wall in the vain hope that the wall will somehow move). In other words we can identify our assumptions and move on.

They turned the assumption on its head for a moment (that increasing drinking and driving would be a bad thing).  This led to the invention of a machine that would simulate what your vision would be like after 1, 2, 3, etc drinks.  The machines, installed in bars, were a hit. 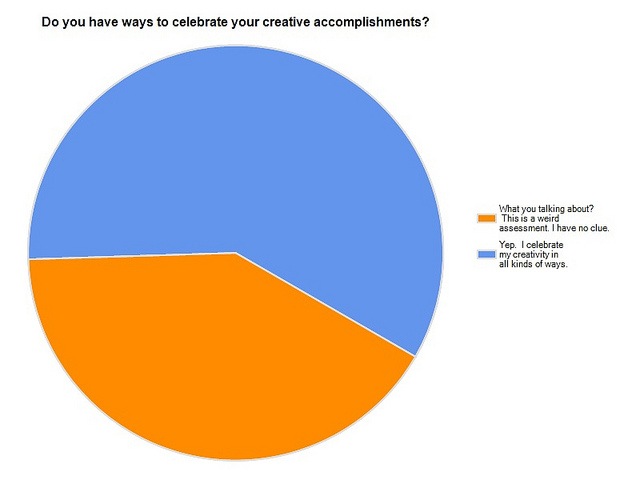 More than a third of respondents didn’t have a way to praise and celebrate their creative accomplishments.  Too busy moving onto the next goal me thinks.  If we create a plan ahead of time though that’s a big motivating factor.  Hint: it has to specifically celebrate creativity, not just completing the project, landing the account etc. 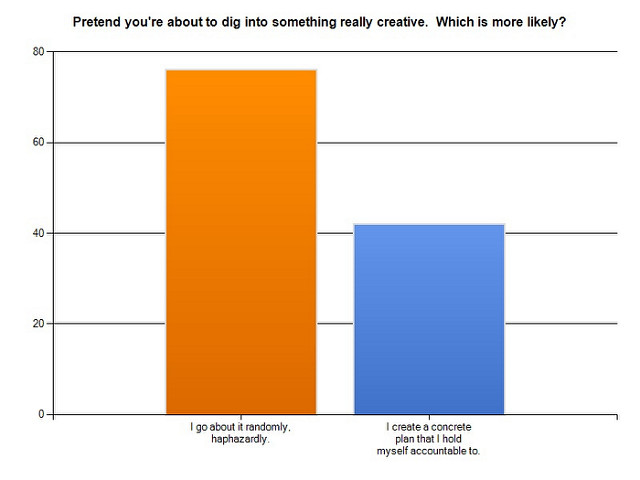 Almost 80% of respondents go about a creative project haphazardly, which leads to the last principle which is engage.  When it’s time for the petal to hit the metal research shows a plan is a good thing, it’s a launching pad for boosted creativity.  So get a plan, any plan and go forth.