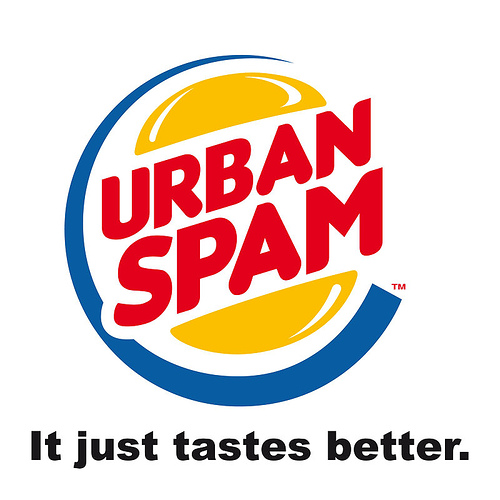 “Viagra, sex tapes, lesbian dating in cleveland complaints against adult dating sites. Clarithromycin is a macrolide antibiotic. It is cast-off to regale multifarious kinds of infections.”

Say what?  If you blog you’ll no doubt recognize these as spam comments. Before I got a spam filter I was getting up to 80 spam comments a day which equalled wasted time, brows furrowed in frustration and occasionally a foul mouth as I vented.

So why do people take the time and effort to spam?  Six reasons:

1. Casting a million nets to catch a few fry is worth it: it’s gotta work if people keep sending it out.  Unwittingly folks click on it and get splashed with the foul stuff.

2. It’s the opposite of permission marketing: spammers don’t care if they make people mad, their barometer for success is the tiny few who click on the links and buy

3. Spammers aren’t writing their own operating manual: they’re operating under someone else’s misguided sense of success.

4. Technology and the global economy makes it possible: Spammers are even paying others to pass online security tests known as captchas (a loose acronym for ‘completely automated public Turing test to tell computers and humans apart) – those annoying blurry words you have to fill in online to continue buying something.

Folks in India, Bangladesh, China and other countries are slaving away entering captchas.  Lucky for us it doesn’t seem worth it as the job is so boring, productivity declines and thus some outsourcing companies are declining further work.

6. Spammers are playing on your and my egos: the strongest draw is I want to believe that those comments are real, that I’m reaching out into the Internet ether and folks are reaching back.

Keeping my ego in check and getting spam blocker akismet has made a difference.  And you?  How do you deal with your spam?