What does it take to win Olympic gold in women's ski cross? 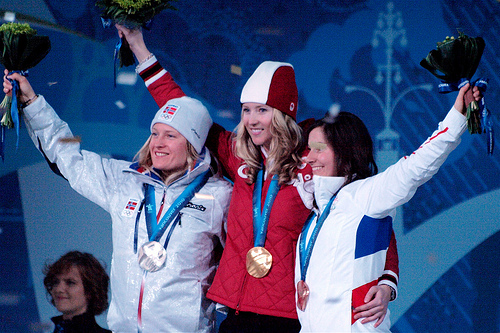 On the last day of the Every Woman conference I got to listen to Ashleigh McIvor, the first Olympic gold winner of the women’s ski cross at the recent Winter Olympics.  She’s tall and lithe and she had some surprising things to say.

How often do you think she thought about winning gold?

Would it surprise you to learn rarely.  Yep, she rarely thought about winning gold.

Her focus plus her ability to break down a monumental goal made for success.

Like the picture below, which I took when I was driving back home from the conference, the change between the greenery and the snow covered mountains in the background looks drastic.  In reality it only looks drastic from afar.  Up close the change is incremental, step by step.

Have a change that you need to make that seems drastic?  Break it down into incremental step, like Ashleigh McIvor and mother nature.