What we Canadians have to be proud of 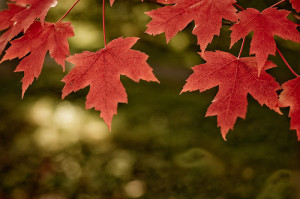 Perspective comes & worldviews get enhanced when we bump up against ‘other.’ Finding similarities in ‘other’ makes us feel at home but it’s a risky business if we never venture out past our own doorstep.

Here for your viewing pleasure is a different way to view us Canadians. It’s poignant & funny precisely because it compares Canadians to ‘others’ (mostly Americans). With tongue firmly planted in cheek I give you a taste of Canadian culture (thanks to Ilja Korotvicka)….

What we Canadians Have to be Proud of?

1. Smarties (not sold in the USA )
2. Crispy Crunch, Coffee Crisp (not sold in the USA )
3. The size of our footballs fields, one less down, and bigger balls.
4. Baseball is Canadian – 1st game June 4, 1838 – Ingersoll, ON
5. Lacrosse is Canadian
6. Hockey is Canadian
7. Basketball is Canadian
8. Apple pie is Canadian
9. Mr. Dress-up beats Mr. Rogers
10. Tim Hortons beats Dunkin’ Donuts
11. In the war of 1812, started by Americans, Canadians pushed the Americans back past their White House. Then we burned it, and most of Washington … We got bored because they ran away. Then, we came home and partied…. Go figure.
12. Canada has the largest French population that never surrendered to Germany .
13. We have the largest English population that never Ever surrendered or withdrew during any war to anyone, anywhere. EVER!
(We got clobbered in the odd battle but prevailed in ALL the wars)
14. Our civil war was fought in a bar and lasted a little over an hour.
15. The only person who was arrested in our civil war was an American mercenary, he slept in and missed the whole thing. He showed up just in time to get caught.
16. A Canadian invented Standard Time.
17. The Hudsons Bay Company once owned over 10% of the earth’s surface and is still around as the world’s oldest company.
18. The average dog sled team can kill and devour a full grown human in under 3 minutes. (That’s more information than I need!)
19. We know what to do with the parts of a buffalo.
20. We don’t marry our kin-folk….
21. We invented ski-doos, jet-skis, Velcro, zippers, insulin, penicillin and the telephone.. Also short wave radios which save countless lives each year.
22. We have ALL frozen our tongues to something metal and lived to tell about it.
23. A Canadian invented Superman.
24. We have coloured money.
25. Oil was first produced in Oil Springs, Ontario, Canada. Months before anywhere else in North America.
OOOoohhhhh….. Canada !!
Oh yeah… And our elections only take one day!