X marks the spot, or does it? Turns out Spanish tongues play a role 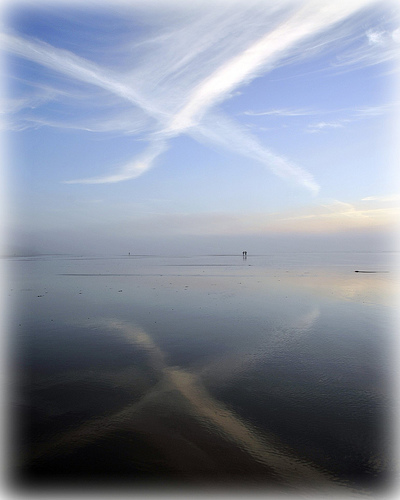 If high school algebra sent you into convulsions, hang on, this story has a happy ending. Terry Moore explains why the letter x means the unknown in math equations, in his TED talk (see below for the video).

If you’ve ever wondered why the letter x stands for what we don’t know, he has a surprising answer. Turns out it has to do with Spanish tongues.

The word algebra comes from the Arabic word al-jebra, which translates to “the system for reconciling disparate parts.” When algebra arrived in Spain there was tons of interest, however Spanish tongues, unaccustomed to certain sounds, intervened. (If your English tongue has ever tried saying airport in French, you’ll know what I’m talking about.)

The letter SHeen in Arabic makes the sound ‘sh’ in English. It’s also the first letter of ‘shalan’ which means ‘something.’ If you ad ‘al’ to it (as in al-shalan) you get ‘the unknown thing.’

Now here’s the kicker. Spanish doesn’t have the sound ‘sh’, so when Medieval Spanish scholars were translating ‘shalan’ they borrowed the Greek ‘ck’ sound. Down the road, when translated into the common language at the time (Latin) they replaced the Greek letter (called Kai) with the Latin ‘x.’

And that’s formed the basis for math equations ever since.

So why does x mean unknown in math equations? Because ‘you can’t say “sh” in Spanish.’

It’s a great example of how even how we move our tongues influences our perspective. X marks the spot & the spots the tongue.